Want To Know Us More? 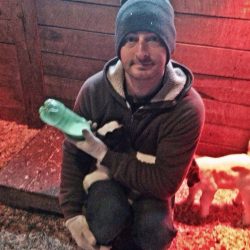 Tim grew up in the thriving metropolis of Wooster, OH. A town so large that it has a dedicated amish buggy parking section at the local Walmart. An area that teaches you that hard work and family support can get you through most of life’s challenges. He attended Michigan State University and got degrees in Marketing and Advertising. What do you do with those degrees? Well clearly you go into the entertainment business and progress into helping to design software right? After living on a lake THEN blowing through the windy city for two years THEN back at the lake THEN an historical adventure though the land of Jefferson THEN sailing around a few cities by the SF bay and living with Lyons, he’s finally ended UP NORTH. Tim spends most of his day helping all of us spend too much money on concert tickets, but he can be seen periodically obsessing over our lawn and gardens! 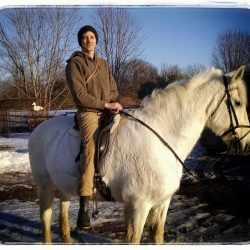 Curt was raised hopping house to house with his family, as they built their way from the Midwest to New England and back! He continued his wandering, eventually attending both Northern and Eastern Michigan Universities. After landing a job as an architectural designer in the bay area, and living a city lifestyle for 8 years, he decided that it was time to get back to his roots, and focus on a sustainable agricurious lifestyle. In a whirlwind of life changing decisions, Curt landed at Camp D and hit the ground running. He spends his days building things from left-over wood, deciding on colors and furniture, and making foods that you should come over to try. 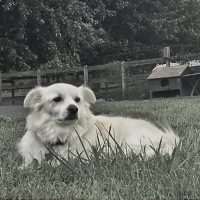 Squirrel was rescued from Rocket Dog Rescue in San Francisco when he was a tiny albino-looking fox. Naturally, he believes that through the power of positive thinking, he now owns a farm. His eagerness to help is infectious, and you will see him both day and night at our sides. The Lil’ Dude is eager to show you around the farm. 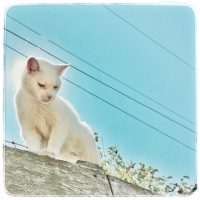 He came to us as a rescue from Humane Society of Huron Valley’s Barn Buddies program. He spends the day protecting various tractor and Jeep seats from danger, and nights prowling the lane. So far he has proven he is worth his weight in food, bringing us a few mice and birds, and we are hoping that soon he will actually catch them in the barn! 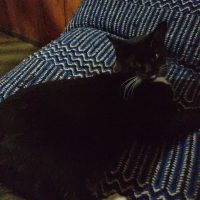 Cotton and Candy came to us with the Camp. So, they will be showing us the ropes for a while. But, so far we’ve learned that they love mice and birds. They are both super sweet. Cotton isn’t too fond of strangers but Candy would love to show you much love that she has… especially if you would let her go in the house!